I badly need a diet reset. While I was in St. Louis, I actually lost a little weight. But since coming back to Japan my weight has been creeping up. Today it reached a “red alert” level.

This morning I was feeling very depressed about it, but this afternoon I decided to take action. What I need is change. I still need to control calories – that is basic conservation of energy. But I need to get out of my rut and change the way I’ve been doing things.

Basically, what I decided to do was try Weight Watchers again – for the first time in 35 years. The program has evolved over the last few decades.

I already know the basic concepts of Weight Watchers, and I don’t want to pay their high monthly fees, so I found a really nice iPhone app that mirrors the Weight Watchers program! It will let me track everything I eat, keep track of point limits, calculate the points that I’m allowed based on my current weight, and also keep track of activity points.

This will be a fun way to mentally refresh my diet I think. It’s a psychological thing. I’ve been doing the same thing for 850 days now, and I just need a change.

Also, there are some things on the Weight Watchers program which are zero points. This is offset of course by the points that you’re allowed to eat for other foods. But mentally it relieves some pressure, the feeling that there’s “nothing left to eat today.” I’m hoping that will be a big help.

Of course I’m still continuing my exercise, such as cycling and walking. I’m considering adding swimming in as well. The Weight Watchers program tracks these “activity points” too.

Anyway, I’m going to try this. And it’s fun to use a new app. And the app had 258 great reviews and only cost $2. I think it might help if it really works. It’s worth trying rather than just sitting around moping and feeling depressed about it.

So, if you see me eating things that I’m not usually eating, it’s because I’m trying something new! This will also vary the kinds of things that I eat every day. But basically in the end it’s still low-fat, low-calorie, and the weight watchers points calculation even considers carbs.

The screenshot shows 0 kg lost because I am starting the app today. Of course I’ve lost more than 30 kg total so far. This will track “phase 2” of my long-term diet. 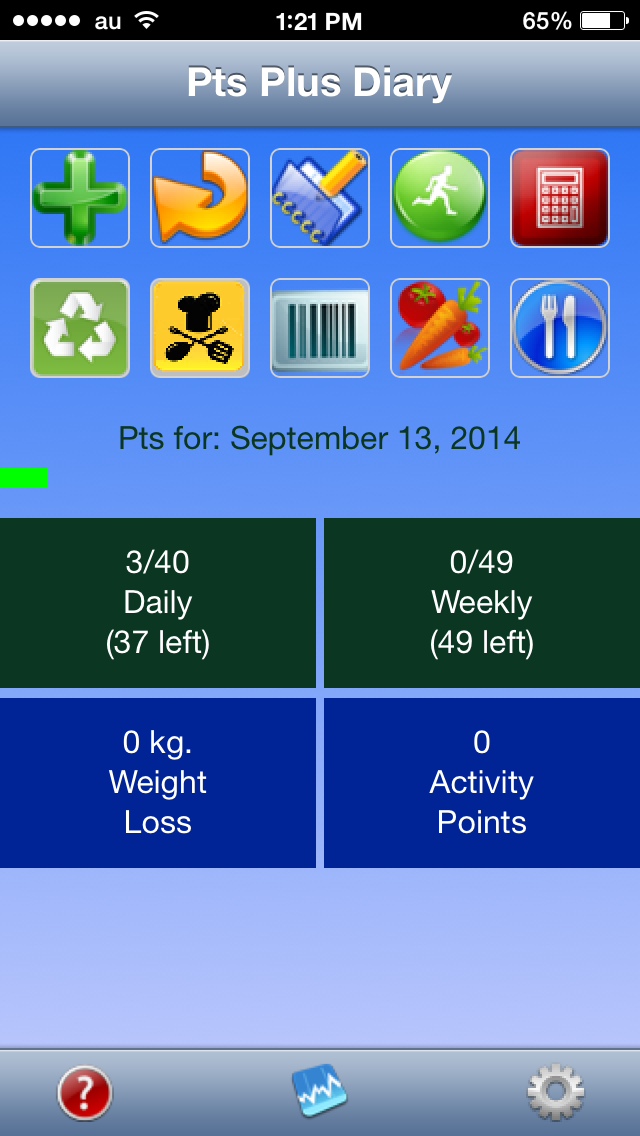