This morning, while returning from a walk around Lafayette Park, I came across a baby sparrow, fallen from a nest onto the baking hot sidewalk. Its mother was nowhere in sight. Nor could I immediately see a nest. 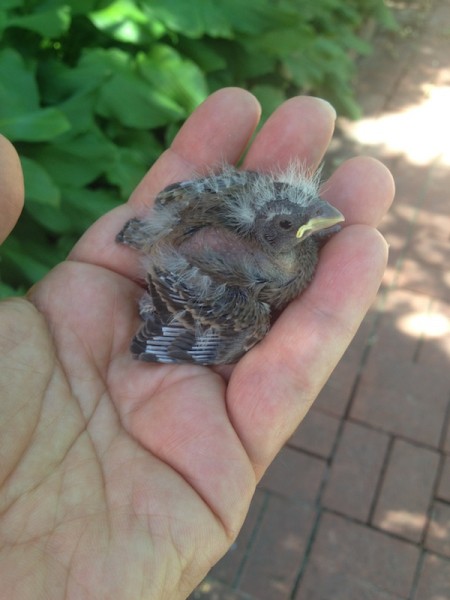 Not wanting it to lay there and die from overheat or predators, I picked it up and brought it back to my friend’s house. I tried to cool it down with some water. It wouldn’t drink any, but seemed to relax in my hands. And I could feel its heart beating. 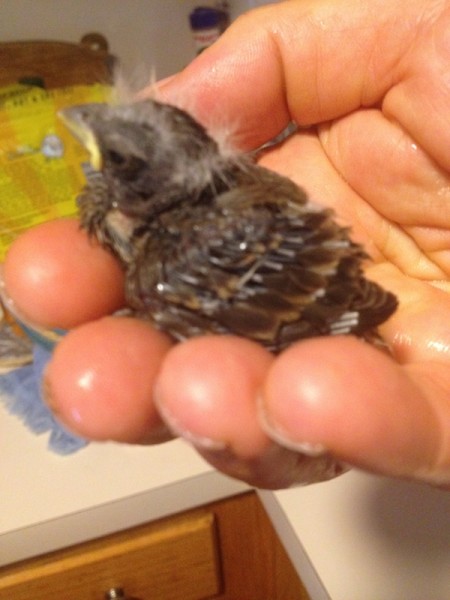 I looked up some information on the Internet, and it suggested locating the nest and placing the bird near it, even on the ground, and then step away, because the mother would come looking for it and take care of it. I was skeptical but gave it a try.

I found the nest way up in this tree (indicated by the arrow). 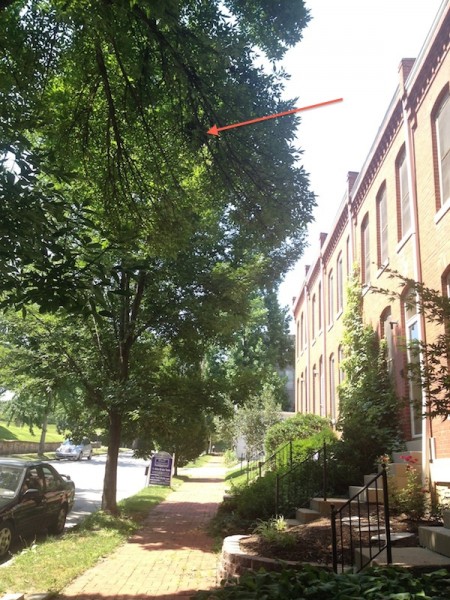 It was obviously too high to return the sparrow to its nest, so I laid it in a garden next to the tree and stepped back about 100 ft. and waited to see what would happen. Nothing did. 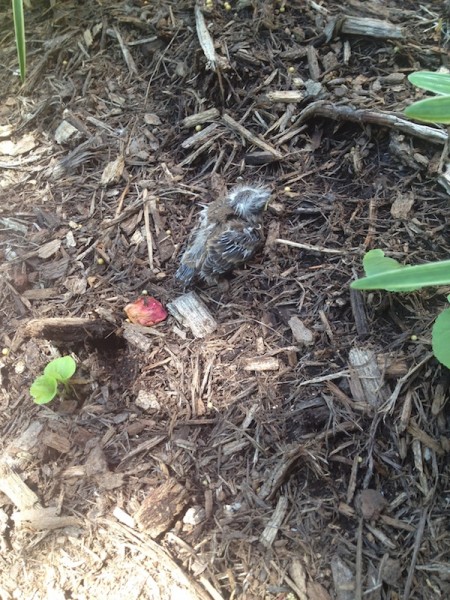 Meanwhile, Step, a neighbor, came out to check things out and said that if left there the bird would die because even if the mother found it, there was no way of getting it back to the nest, and cats or other predators would get at it overnight. He, and other people in the neighborhood, like Lynne, recommended I take it to the bird sanctuary in Overland.

I called the sanctuary and they asked some questions, like can it perch on my finger. It was trying, but could not yet. So they said to bring it over.

Here is Suzu-chan (suzume is Japanese for “sparrow”) all buckled up in the car ready for his trip to Overland. 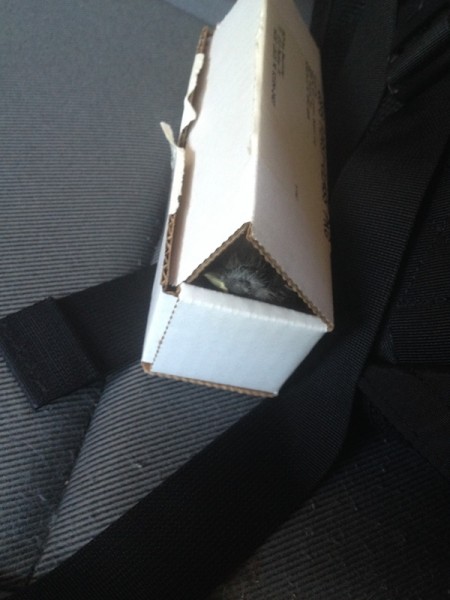 And here is is after arriving at the bird sanctuary. He was occasionally opening his beak for food, which looked cute, but I couldn’t grab a photo of that in time. Because of his feathering, yet because he could not yet perch, they described him as “pre-fledgling.” 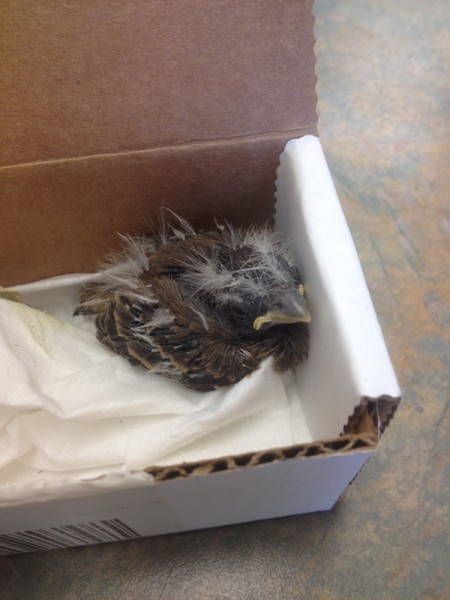 He was actually a good deal healthier than he looks in that photo. He could crawl about quite a lot, which was a relief. I knew he was in safe hands.

Here he is after transferring to the little container they made for him at the sanctuary. He has sort of a grumpy expression on his face, but I think he understood he was in safe hands. 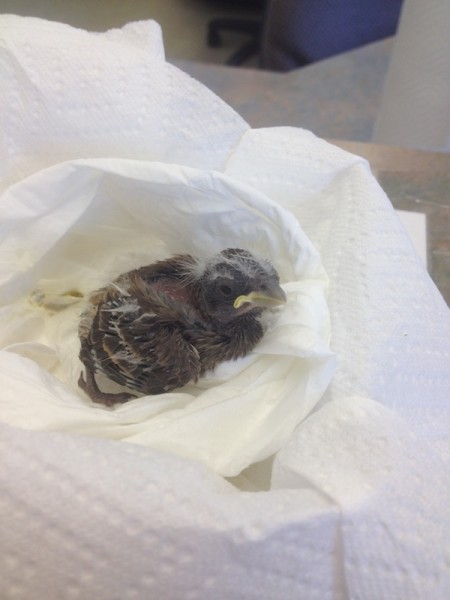 And here is my last photo of Suzu-chan before the attendant took him away. He looks like he is saying good-bye to me. He is “patient 4770” and I can email and check on how he fared in 14 days. 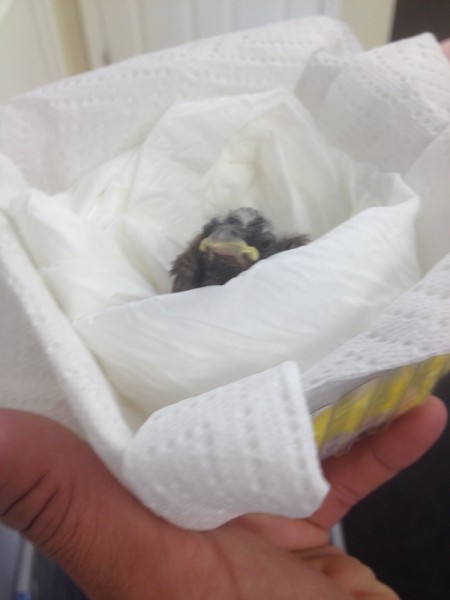 On the drive back from Overland to Lafayette Square I had the oddest sensation that somehow all the serious events which led me to come to the St. Louis this summer, and maybe all of those for years and decades before, where somehow all for the purpose of having me be right there at that point in time so I could save that one sparrow’s life.