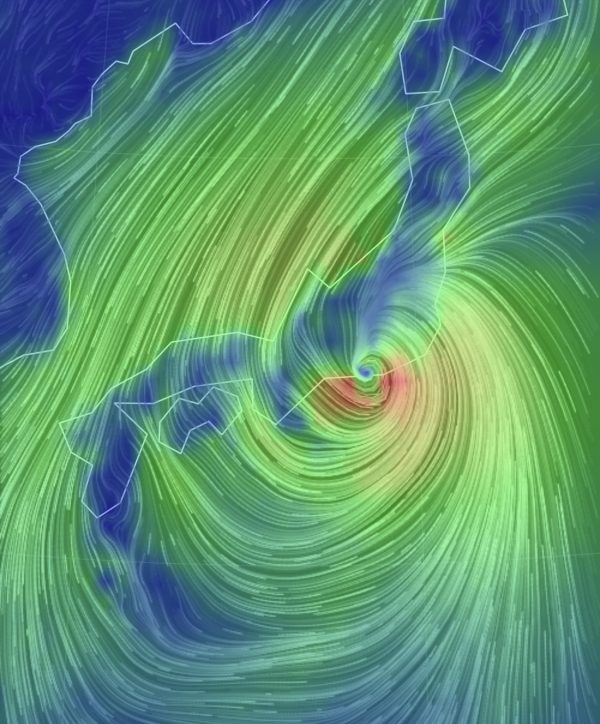 It’s been quite a day across the Kanto area. Typhoon 19, the largest since 1958 apparently, still is a few hours away from reaching Tokyo. But it’s unusually wide, and spread across much of the Honshu island.

On top of that, we just had an earthquake in nearby Chiba – Shindo 4 on the Japanese scale, Magnitude 5.7.

Shops were completely sold out yesterday. The rail system closed this morning (Saturday) and will stay closed until around noon tomorrow. Flights are all canceled, the Rugby World Cup tournaments were canceled and, well, basically everything is canceled and people are hunkered down.

Our storm shutters are closed and we are riding it out, interrupted by iPhone alert messages about nearby evacuation centers. So far things are ok though.

We opened up our ground floor (still haven’t fixed it up for rentals) to neighbors to store their bicycles and flowerpots until the typhoon passes.

There was one disturbing alert about the possibility of the Nakagawa flooding. That river is just 600 m from my house. But considering the way the river banks have been reconstructed the last few decades it’s hard to imagine actual flooding here. I understand 50 or 60 years ago it happened often though.

Anyway, I think things are going to be ok. Just waiting for the center of the typhoon to reach us and pass through.