My house is on MacKay Place, just down the block from Lafayette Park. It’s a nice, tree-lined street, perpendicular to Park Avenue. It is near old Route 66, old Union Station, Busch Stadium where the Cardinals play and the Mississippi River.

There was some controversy about the spelling of the street name, but there is definitely a capital “K” in it, which I confirmed with the descendant of the original MacKay after whom the street was named, and Google Maps agrees with me. Other than that, the most controversial topic the last few years has been whether to make MacKay one-way or not, so it is generally a pretty peaceful area. At least until I just brought these topics up again. 🙂

The corner of MacKay Place and Park Avenue. 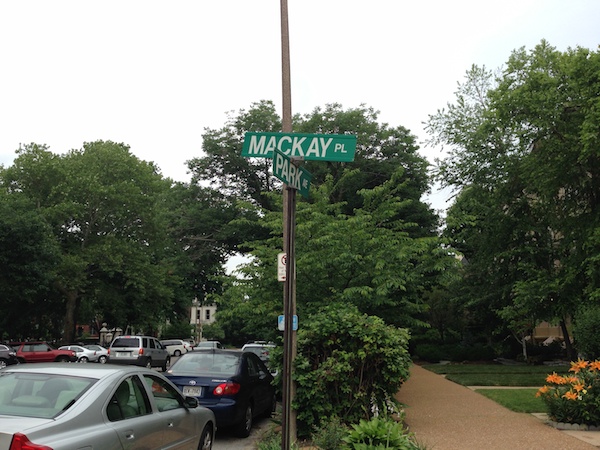 Looking north up MacKay, from Park. 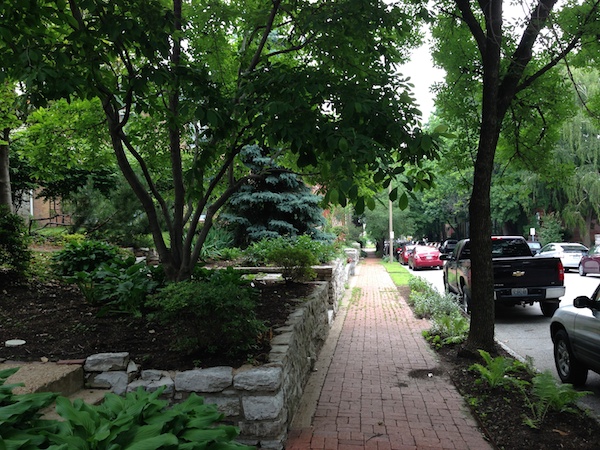 Across the street on MacKay there are also some beautiful original 19th century homes. 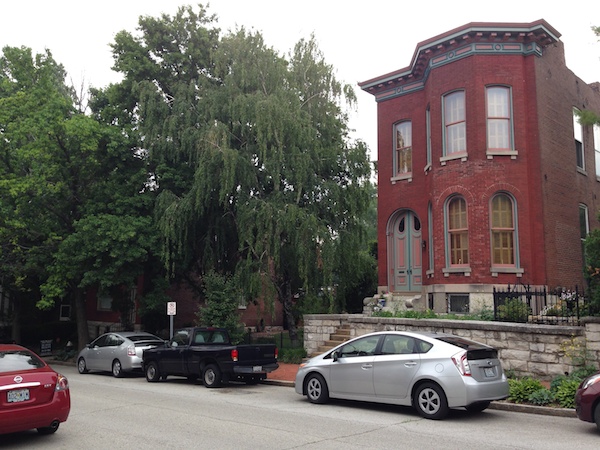 This is my house on MacKay. There are two doors in front. The right one is the main entrance, and the left one is called a worm hole, the original idea being that it was a tradesman entrance so they wouldn’t use the front door. It is actually a storeroom, with front and back doors. The back door leads to the deck, back garden and garage, which you can’t see from the front. There are three levels – the main floor, upstairs rooms and a finished basement.

The house just next door on the right belongs to my friend, Sue. 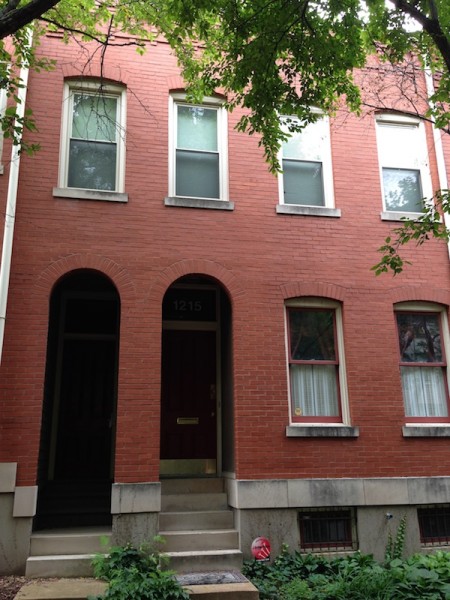 I’ve wondered if I should put in a wrought iron fence around my front to set it off more. 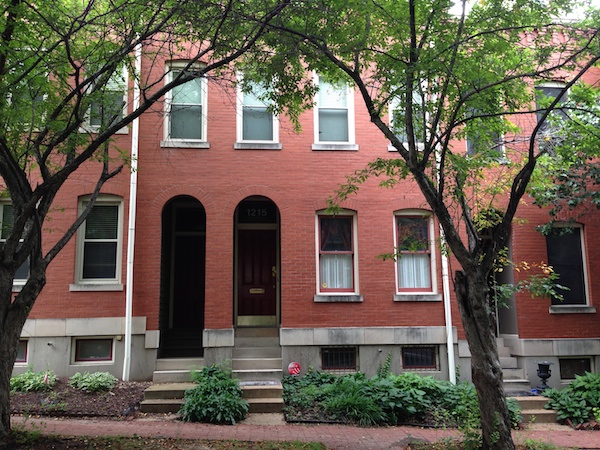