I just did a test with a friend’s AU SIM card to confirm that my new iPhone 7 Plus is not carrier locked. AU showed up right away and I was able to make a test phone call. (See screenshots) 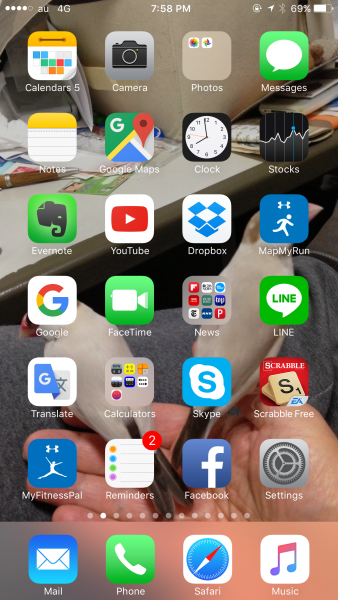 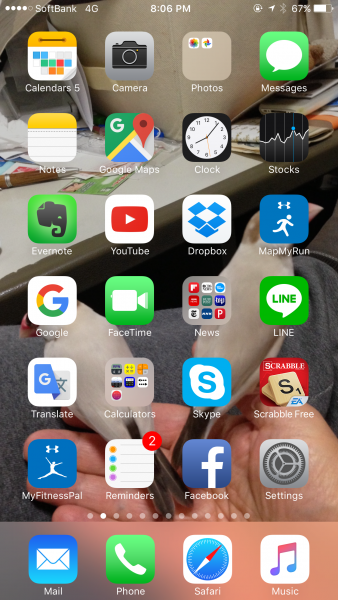 While I have to admit to not being completely satisfied with the display (it isn’t as bright as Apple advertises), it does occur to me that the way it ended up is advantageous to me in the short and long run. In addition to the extra 9,000 yen refunded to me because of the price difference, the amount I will actually pay for the iPhone with the Softbank carrier discount is just a small fraction of list price  – just about 40,000 yen.

But even better, the phone I now have in hand is completely unrelated to the iPhone received from Softbank. So when a new model comes out, I should be able to sell this one at a good price since it is not carrier locked, and the iPhone itself is not under any contract. Plus it’s under AppleCare until February 2019.

If I sell it at some point, I can upgrade to another straight-from-Apple iPhone at my leisure, for net amounts that are like carrier discounts.

It seems like a reasonable way to go forward: no more phones from the carrier are needed, and I have freedom to move from carrier to carrier more easily.

I did casually look around over this last week at the latest Android models. The Samsung and Sony models are especially nice. But they are also pricey, and not attractive enough to lure me away yet. But the way I’m leaving it, I also leave myself open to being lured.

On the Apple ecosystem plus side, I discovered a new, cool thing about the iPhone today, if you also have a Mac. I went to sync photos from my iPhone to Mac Photos for backup (even though I mostly use Google Photos these days) and found they were already synced! It turns out that even if you don’t have iCloud Photo Library turned on, as long as you have My Photo Stream turned on everything gets put into your Mac Photos library until deleted there, making backups easier. You don’t have to physically connect to your Mac with a lightning cable anymore to do this. It’s all done via iCloud.

I’m enjoying the new Google Photos app. In addition to unlimited storage for photos and videos, it has lots of interesting features, including search of photos by recognition – you don’t need to add descriptions. For example, I searched for “birds” and up popped Mon and Monta.

There is an “assistant” which automatically creates collages, effects and “stories” for your approval.

The unlimited photos are if you agree to 16 MP per photo and 1080 HD for videos. Very reasonable. If you have demands for higher resolutions than that it will still work but eat into your Google account quota. But if these sizes are sufficient, backups don’t count towards your quota. What could be better? 16 MP image resolution is higher than I can shoot anyway.

There are features to save space on mobile devices, and sync works very well.

It works on the web, in iOS and on Android.

This might be my photo backup and sharing feature app of choice going forward. It’s certainly a better bargain than Apple iCloud Photos backup.

Here is an example of a “story” it automatically created and notified me about. I elected to save it, and so I can share it. Take a look! Make sure to click the right-arrows to the end of the story.

Notice how it even agreed with me that Hachioji is not near Tokyo. 🙂

And no Google+ is required! They have separated from that.

I recommend giving it a try, even if just for backup.