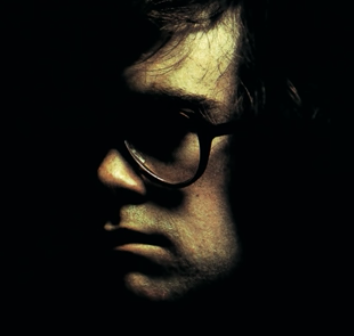 I’m not a music maven, so I hope you don’t mind, that I’ve put down in words, some thoughts about “Your Song.”

I’m surprised I was not really familiar with the song, which is quite famous. It was a hit in 1970 – almost 50 years ago, now that we are just over a month away from the 2020s.

I think heard it within the past year for the first time. I didn’t even first hear Elton John’s original. Instead I heard this salute version by Lady Gaga. It’s really well staged, with Lady Gaga in full flamboyant imitation of Elton John, with beautiful orchestral and choral backups, and dramatic video effects atop the stage.

It struck me as a beautiful salute. But even after watching it a few times I somehow didn’t bother to listen to the actual Elton John version. When I did, my first impression was that it was somewhat subdued compared to the more recent Lady Gaga cover. And of course Lady Gaga has an amazing voice. But the Elton John version has grown on me, for its simplicity and the way it tells a story.

Both versions, by the way, are included in ordinary Amazon Prime Music. So if you have an Amazon Prime membership you can download it and play it at no extra cost on all your devices. I added both versions to my “Favorites” list.

One thing that struck me about the song was the syntactic construction of the lyrics. Especially when I was trying to explain it to my Sunday volunteer English class. It may be quite simple, and grammatically it’s not necessarily straightforward, but now that’s it’s done it’s interesting to take apart and think about. Take this verse for instance:

So excuse me forgetting
But these things I do
You see I’ve forgotten
If they’re green or they’re blue
Anyway, the thing is, what I really mean
Yours are the sweetest eyes I’ve ever seen

At first glance it seems somewhat stilted and indirect. And it’s certainly not straightforward grammar. Artistic license is taken. When you hear it, you feel it’s actually a humble person explaining, in a somewhat awkward way, talking to someone they really like, and letting them know how wonderful life is while they are in the world. You begin to feel it comes out shy and likeable.

One minor point I’ll add. I was also listening to “Fire and Rain” by James Taylor, also from 1970 (and also downloadable with regular Amazon Prime music). While it’s a very different song from “Your Song” this part struck me as having something in common.

Elton John’s song is a feeling of love for someone who fills his world. Taylor’s is a sadder song for someone who left the world. But in both cases they felt a need to put down in words, a song, for someone special.

Like I said, I’m not a song maven. This might be the first blog post I ever wrote about music. But the song has sort of become an ear worm lately, so I felt like mentioning it. It may be quite simple, but now that it’s done, I’ll post this.