Mon and Monta, of Shinkoiwa, wish to announce to their friends and relatives that they have temporarily decided to separate while Mon is going through another period of egg laying.

Through her spokesperson, Mon said, “Monta is just a beast. He won’t let me lay my eggs in peace. I go into the nest and just need a few minutes of quiet and he rushes in and throws me out. He doesn’t care that there is a perfectly good second nest. As far as he is concerned, all the nests are his. I don’t understand him at all.”

Monta refused to comment, but appeared to be unconcerned as he swung on his swing and was overheard saying, “Lah dee da. She’ll get over it.”

If there are no unexpected events, the couple are expected to move back in together around the end of the month. 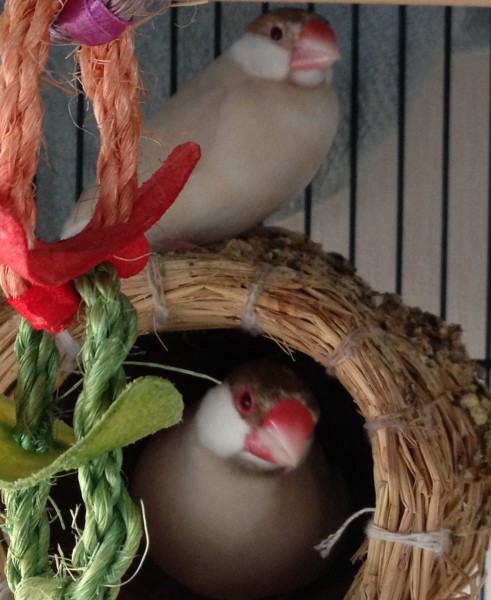