I cycled (not jogged) over to my nearby AU shop and tried out the new iPhone 6 and iPhone 6 Plus. At the risk of sounding like a drunk-the-kool-aid fanboy, I really love the iPhone 6 Plus.

However, if you have an iPhone 5 and you’ve been feeling cramped in your screen space then the iPhone 6 Plus is like wow.

Here they are both in one hand. (You can click all the photos to see them full size.) 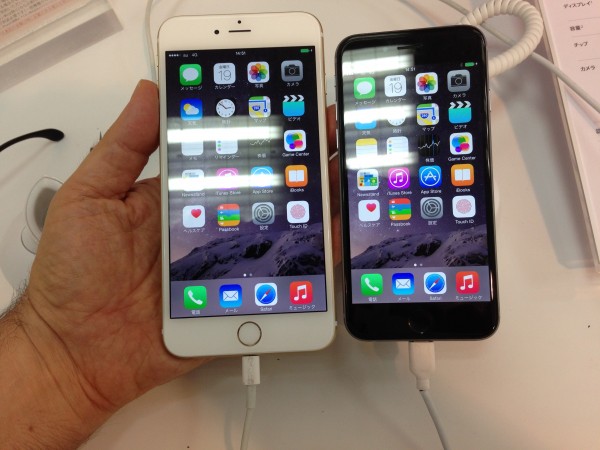 Both fit very comfortably in the shirt pocket of the shirt I’m wearing today. And the iPhone 6 Plus did not feel heavy at all, which was my main concern, since it weighs 50% more than the iPhone 5. I think the fact it is thinner than the iPhone 5 helps. The main points for me are:

The screen is amazingly clear and beautiful.

The camera is much better, and has optical stabilization.

You can just see so much more. You don’t feel “cramped” at all.

Here are some screen views, shot with my iPhone 5. Are they beautiful, or what? 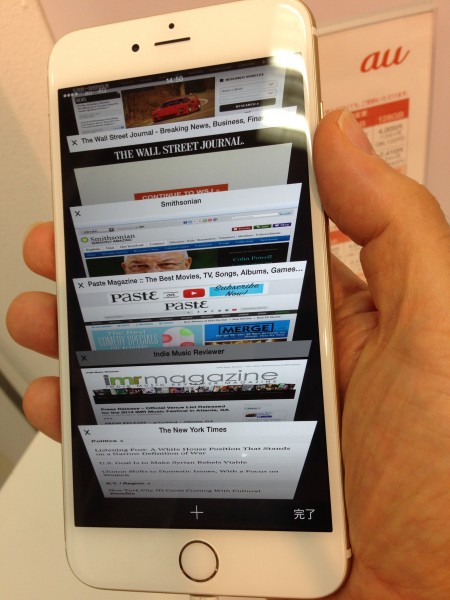 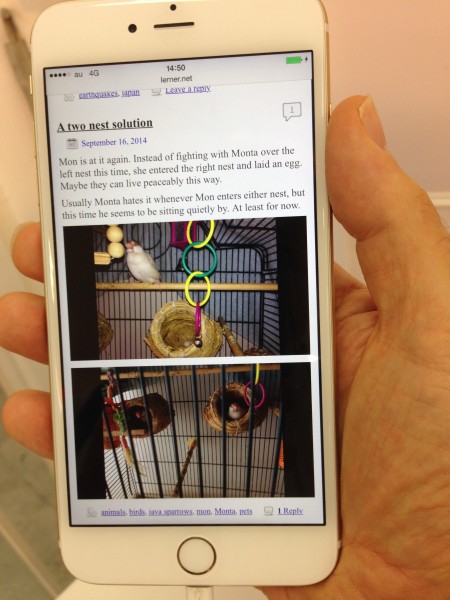 In case you’re wondering if more really is displayed, or if it is the same content as on the iPhone 5 but larger, it’s easy to compare. That last screenshot is of a blog post. On the iPhone 6 the first line reads, “Mon is at it again. Instead of fighting with Monta over the” – and then the line breaks.

On the iPhone 5 the same post reads, “Mon is at it again. Instead of fighting with” and then the line breaks.

So more content is shown per line on the iPhone 6 Plus.

Top to bottom also, both pictures are visible completely on the iPhone 6 Plus, as well as the tags below it. On the iPhone 5 the view gets cut off about half-way through the 2nd photo.

So there is more vertical content on the iPhone 6 Plus too. Just more of everything.

I can see possibly using this instead of an iPad. In fact, I wonder how much the iPhone 6 Plus might cannibalize iPad Mini sales.

Yet it is comfortable. And fits in my shirt pocket. And doesn’t seem too heavy.

One question I have is would I look like a dork talking on the phone with something that large? (See unflattering photo below.) 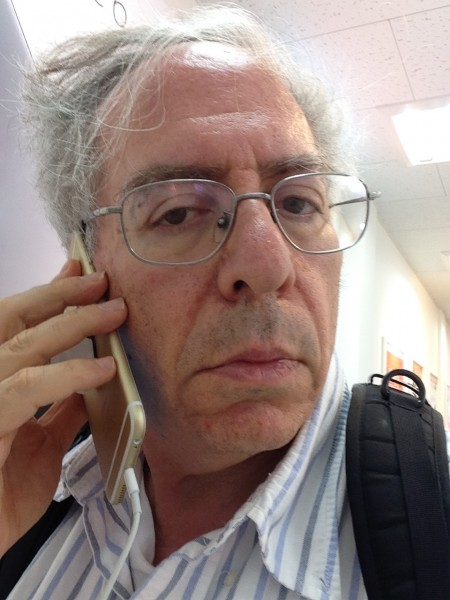