In Japan, it’s common to talk about the first this or the first that of the new year. First dreams (hatsu yume) are considered especially significant. And of course the first visit to a shrine for the year, hatsumoude, is very popular.

Today Mon and Monta got into a huge fight and I saw them swirling around in the nest, basically a rolling ball of feathers. This usually means Mon has decided to a assert herself and go into the nest despite Monta wanting to keep possession of it.

In this case, Mon won, and Monta went off to sulk on his swing.

Things have quieted down now, and they’re both going in and out of the nest, and not fighting. 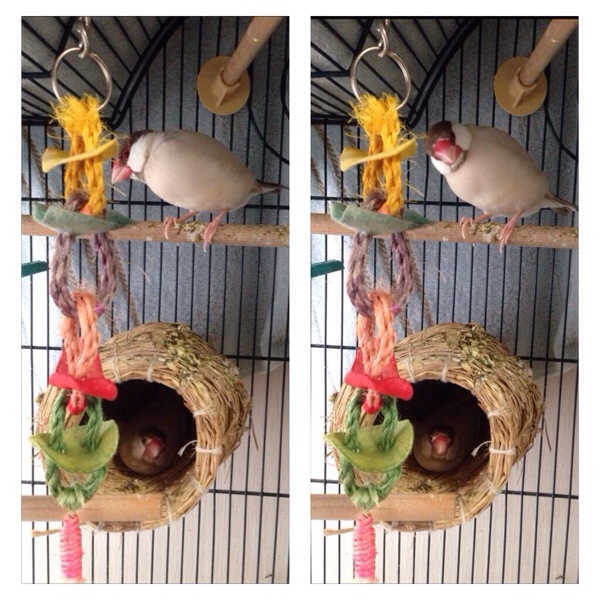