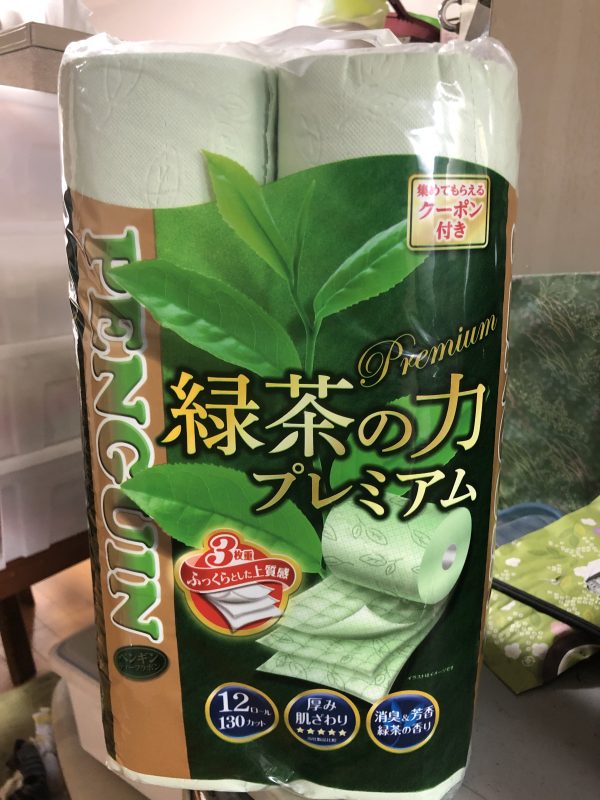 Hint: it has nothing to do with the fact that it’s green.

Whenever I went out for daily shopping I would make the rounds of about six stores in my neighborhood to see if any were available. Sometimes I would see people lined up, indicating that some had come into stock. I would stand in line and get an extra package just in case. Then I would send a LINE message to my next-door neighbors letting them know where they could find some.

Now, of course, there are no more restrictions on buying toilet paper and there is plenty in stock.

This was the last package that I had stocked up on then. It looked sort of weird so I was saving it for last. It says 録茶の力, “the power of green tea.”