Today is the first day of the new era. Heisei ended yesterday, and Reiwa began at the stroke of midnight.

There are many moving scenes of the former emperor abdicating. He was a man of grace, and the imperial couple are much loved. I particularly liked that I could actually understand him when he spoke. I heard him speak for the first time after the March 11, 2011 earthquake, tsunami, and nuclear disaster in Fukushima. I was struck by how clear and easy-to-understand his Japanese was.

While there is a mood of celebration at the coming of the new era, I find myself feeling mixed feelings today. After all, today was also the shootings and killings at my undergraduate school, UNCC, the University of North Carolina at Charlotte. I watched in shock and sadness, seeing scenes of the campus I graduated from 40 years ago this month. And the Kennedy Building! That’s where the physics department was, where I had all my classes, and spent most of my time hanging out – in labs, on the computer. How could something like that happen at UNCC?

I tried to take a walk in the late afternoon, before the rains started again. I needed to shake off feelings of depression and lethargy. I still have some jet-lag and fell asleep before midnight last night. Then I got up early to work on a site which was having some problems, and also take care of invoicing since it’s the first of the month. But the UNCC news was present in my mind. People always say, “I can’t believe it happened here.” I feel that way about UNCC.

Also today I heard that Peggy Oberhofer, the wife of Dr. Ed Oberhofer, the physics chair at UNCC when I was there, passed away last month. She was a wonderful person. I love that family. I haven’t heard from Dr. Oberhofer in some years though. I wonder if he still uses email.

All this UNCC news all of a sudden. I felt like I was going back and forth in time, 40 years ago, and then today, the first day of Reiwa. I had thought of visiting Charlotte during this last U.S. trip, but there wasn’t time.

And there was also the news I heard before boarding my plane back to Japan that a good friend and former student at Nippon Electronics College, Tanabe-san, had suffered a stroke in Thailand, where he is living. At first we thought he was missing. Then news started coming in that he was found, but because of his stroke he can’t use the right side of his body or speak. His Thai friends and Japanese friends are trying to sort things out. He needs rehab. Does he want to stay there? Does he want to come back to Japan? Does he have medical insurance in Thailand? It’s a difficult situation.

I did take a slow walk around the neighborhood, and the rains did come again. I tried to lay down and listen to some music, but couldn’t relax.

There are still five days left to the unusually long Golden Week holidays this year. I somehow feel like I missed the start of Reiwa I was so looking forward to. I don’t exactly feel celebratory. The rains are now getting stronger, and the day is just unreal and disturbing.

I would like to try to find some mental peace of mind in the remaining days of Golden Week.

Mon was too scared to approach. But here Monta meets Niaja! His expression in the last photo is priceless. I think he was scared of her cameras. He did sit on Niaja’s hand for just a bit though. 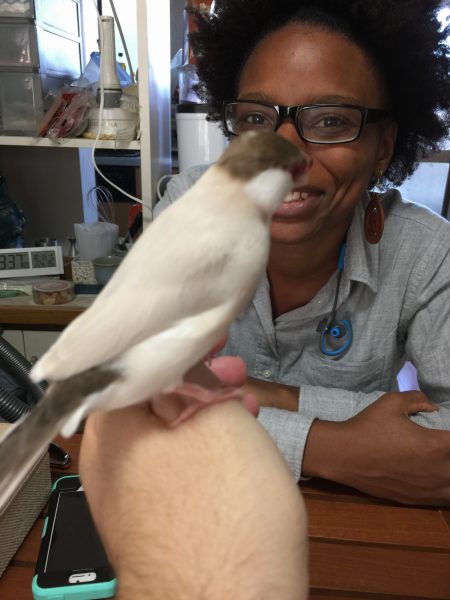 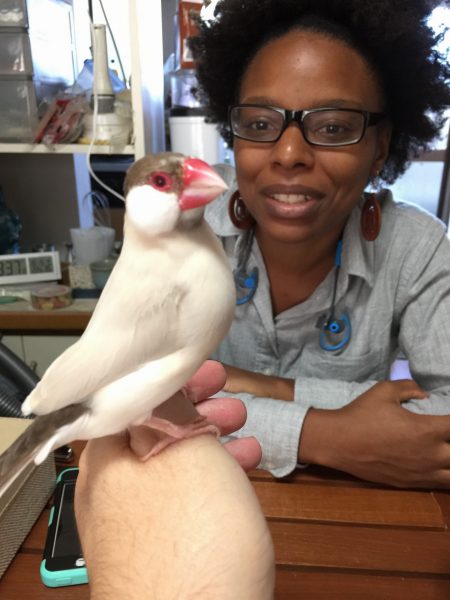 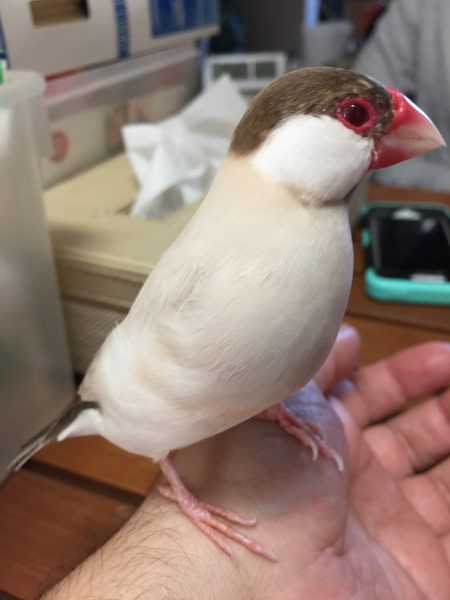 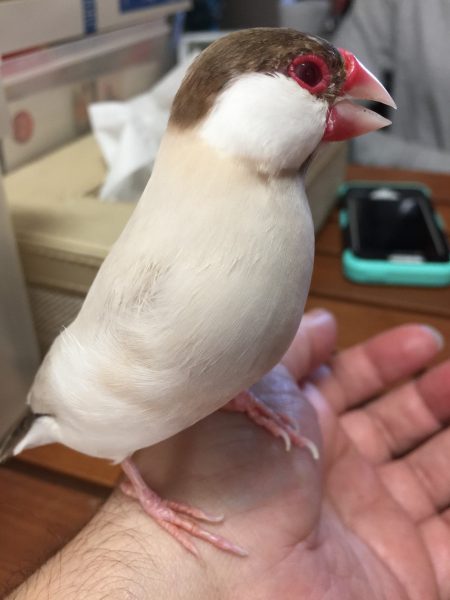 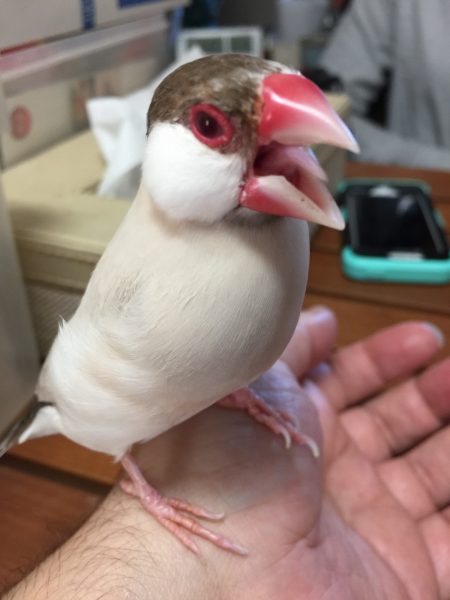 I had a fun afternoon with a friend who just moved to Japan. We looked around Asakusa and Akihabara. After I got home I crashed for a couple of hours. Now Monta and I are spending some down time together. Mon was here too, but she’s camera shy, so flew out of the room when I started filming.

My friend Dave, who recently turned 95, has been studying the ukulele for a long time now. Here he is recently performing “Sakura” with his teacher.

He said if you  live in Japan, and are interested in playing the Ukulele or Guitar, he can introduce you to Acousphere in Nishi Ogikubo where he studies.

I think it sounds beautiful.