I decided to upgrade one of my Windows 7 virtual machines to Windows 8 the other day, just to keep up with what’s new. Below is a screenshot after the upgrade was done.

My first impression is that it seems “ok” for a tablet OS. But everything seems so big and takes up an awful lot of screen space.

And it doesn’t seem easy to use for actually getting work done on a “real” computer. You can get beyond the “tile” view to a somewhat normal looking desktop, but then you keep bouncing back to the tile view. I find it hard to believe that Windows users who are used to Windows 7 will find Windows 8 easy to get used to.There are clever things there though. The tiles are all dynamic and so if there is live content (weather updates, news, facebook or twitter feeds, etc.) your screen is constantly updating. They aren’t “static tiles” like in iOS. And you can apparently create custom ones, and even tiles representing individual people.Still, I haven’t even been able to figure out how to do something as basic as having two separate windows open at the same time. And we are talking about “Windows” here! The help instructions said something about moving the cursor to the top-left corner and then dragging an app there to “an open space,” but whenever I try that the app always opens in full screen mode.I’ll say one thing for sure – Windows 8 is definitely not recommended for people with motor skill difficulties. I would imagine such people would have problems getting the cursor just-so in the correct corners of the screen to see hidden things open up.

If I had to make a prediction I predict slower adoption for Windows 8 than for Windows 7, but there are so many PCs out there I guess it will stick. But I also predict a firestorm of complaints about “how do we use this?” 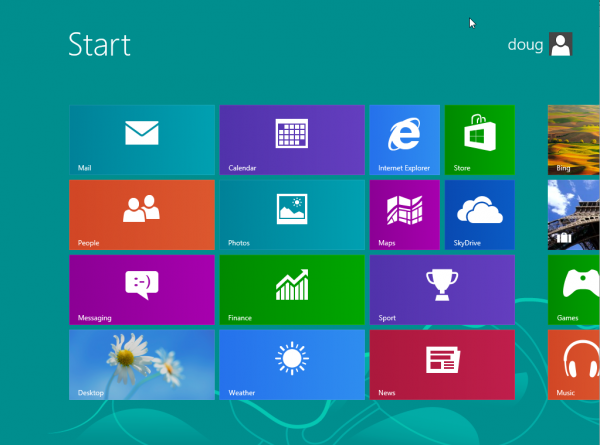