This is a great, easy-to-use app I want to recommend to everyone who uses their iPhone camera a lot. Without resorting to “expert” or expensive applications, with high learning curves, such as PhotoShop, TouchRetouch (available in the app store) lets you very easily clean up problems with photos. This includes getting rid of those annoying “green dot” lens flares which had been bothering me so much, unwanted blemishes, garbage and just about anything else in photos that you want to clean up.

It’s amazingly clever and simple to use. Here are four before and after photos I took.

(1) Green dot lens flare cleanup – the green lens flare dot is located to the right of the center of the photo. 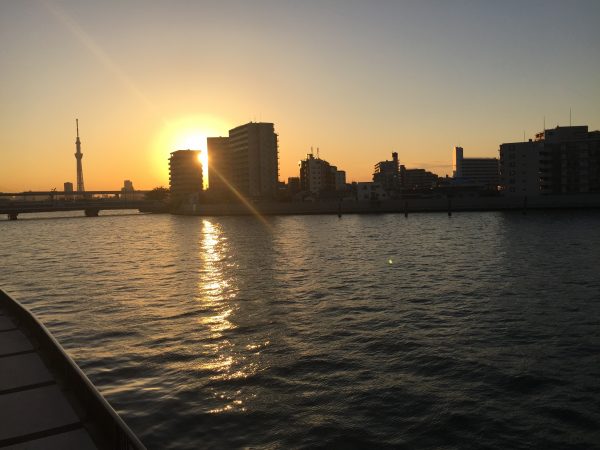 Note the green lens flare dot on the water 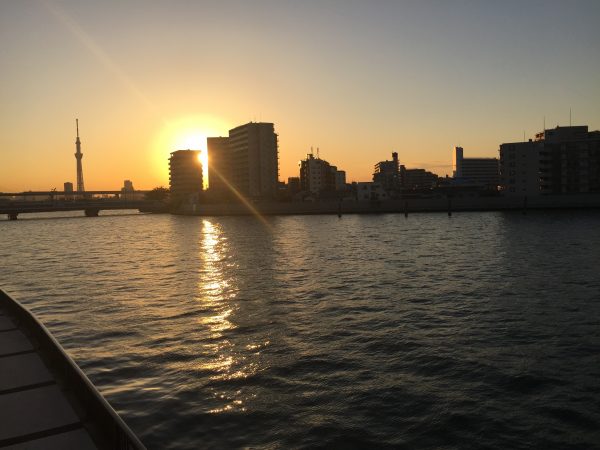 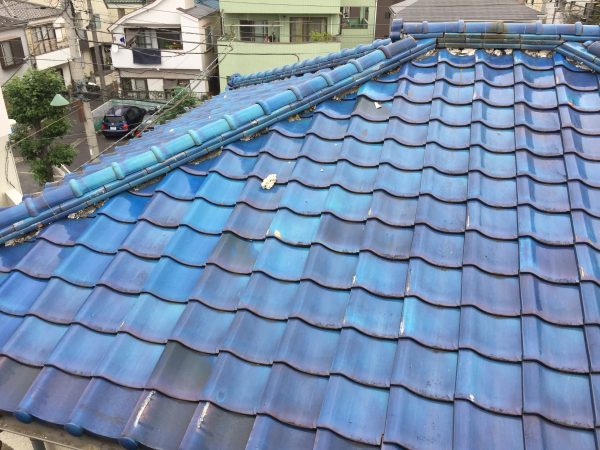 See the chunk of something white on the 3rd and 4th tiles down just up and to the left of center. 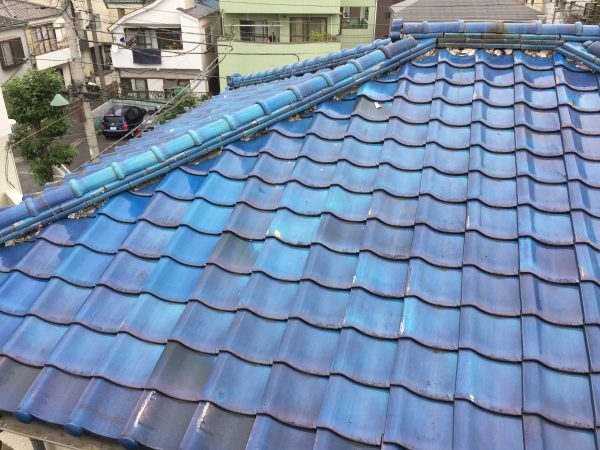 Voila! The chunk is now gone.

(3) Cleaning up construction items interfering with a river scene. I want those metal poles gone! 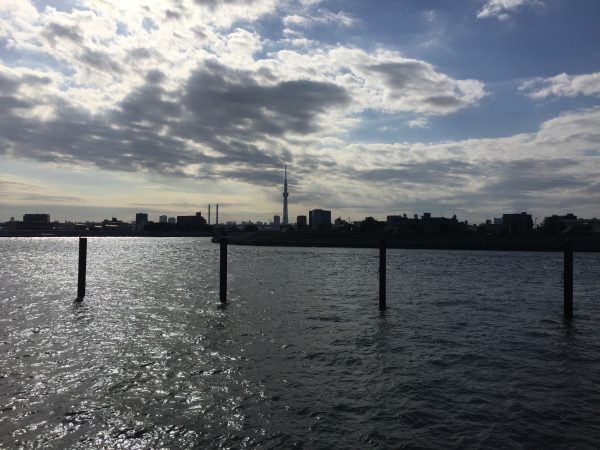 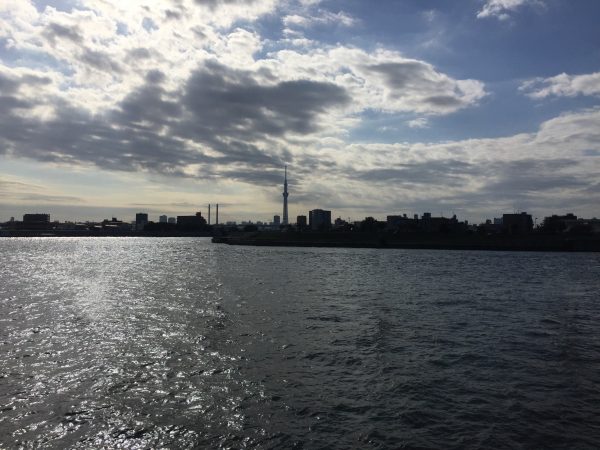 Now the poles are gone

(4) Finally, here is a photo of Mon and Monta in their cage. Note the large clump of bird droppings on the right nest, under the mirror and bell. Using TouchRetouch I was able to make them disappear. Now I don’t even need to clean the cage! 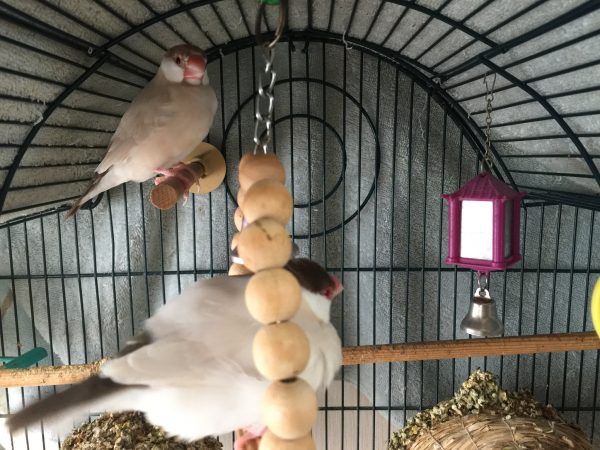 Clump of bird droppings on the right nest, under the mirror and bell 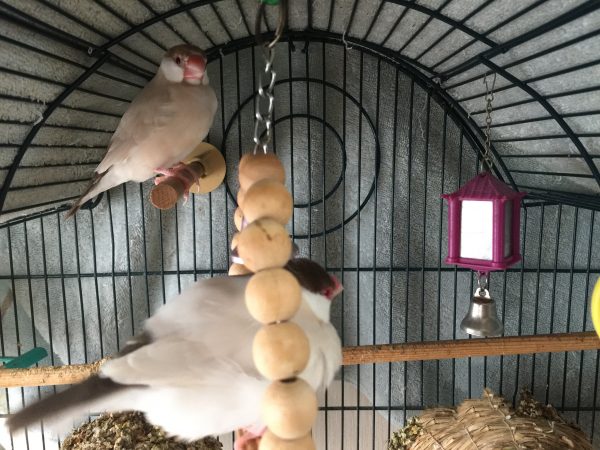 The clump of bird droppings is gone!

Some of them seem almost magical.

The app is super easy to use. It seamlessly integrates with the iPhone standard Photos app as one of the editing tools. It can also be used stand-alone, with more export options. There are various tools you can use – brush, lasso and more. There is also a tool dedicated to getting rid of lines, but I haven’t played much with that yet.

I think it’s highly worth the $1.99 cost. Even just being able to super easily get rid of lens flare artifacts makes it worth it to me.

Now that there is an Evernote to OneNote importer for the Mac, the idea of using just OneNote was appealing. While I find Evernote useful for “all sorts of misc data” it is a poor tool for note taking, or anything you want to use for presentations or which requires formatting – such as the class notes I use every Sunday. I’ve been using OneNote for that instead and find it great for editing. And the support is good. I had an editing issue and Microsoft support helped me out right away.

Anyway, I tried it, but unfortunately it didn’t work out as well as I thought it would.

After importing about 2,000 notes from Evernote to OneNote on my Mac it was difficult to find notes on my Mac and iPhone. For example, I was looking for one note titled “Filemaker info” on my Mac. It didn’t come up in search, but I finally found buried in a section called “Pages 1201Plus” that the importer automatically created. Why did the importer need to create all those sections in my notebook? I was perfectly happy without them. (There is no “merge sections” feature either).

It turns out you need to “open” each notebook one-by-one, which is very cumbersome, to get it to sync on any device, including your Mac. After doing that search works ok, but unlike Evernote, OneNote does not automatically search on the server from iOS devices.

The Mac client is also too buggy to be used now, so I’ll give up for the time being. Certain imported notes which open fine in (1) Evernote, (2) onenote.com and (3) iPhone OneNote cause the Mac OneNote client to crash. I can’t even delete them without OneNote crashing. Even pasting manually from Evernote to a new note caused Mac OneNote to crash. Two Support tech people tried to help and couldn’t.

Searching on my iPhone

It’s disappointing, because there are many things I like about OneNote as well, such as the better formatting and the better structure.

But if it crashes and doesn’t search the server from all my devices then it isn’t really usable right now.

I’ll continue to use Evernote for now as my “main repository of all my bits of data” and use OneNote just for preparing some class notes, because of the better formatting.

This is a good site to use for checking Mac app compatibility before upgrading to the new Mac OS Sierra:

One of the new features of the latest iTunes 11.1 – and also found in the iOS 7 upgrade for iPhones and iPads – is iTunes Radio. It’s a streaming music feature that lets you play unlimited songs for free in genres (stations) you can select from – or you can create your own stations based on artist, song or song type. The basic features are at http://www.apple.com/itunes/itunes-radio/.

I think anybody who likes music would enjoy trying it. I assume it works on Windows iTunes as well.

Note: This feature is only available to people with U.S. iTunes accounts. Hint: It doesn’t matter where you physically are – what matters is where your iTunes account is located.

My initial impression was “cool!” Then I got frustrated because I wanted to skip songs that weren’t interesting to me. I really don’t want to hear “This is just another silly love song.”

The problem, though, was that after skipping a few songs I was stuck. It wouldn’t let me skip any more. After that, every time I returned to the station I had to listen to the rest of the last song or I couldn’t go on. It was like being stuck in some sort of song purgatory. I was wondering, “If their purpose is to sell me songs I like, why don’t they let me freely skip over the songs I don’t like?”

Anyway, after some research I realized the rationalization for it, and what the actual limitations are, and it isn’t as bad as I thought. In fact, understanding and working through the limits makes the feature seem very reasonable and fun.

Understanding how and why it works makes it seem not so bad and, in fact, interesting. Today, while working (yes, I actually did some work today too) I found myself listening to a lot more music than I usually do, outside my somewhat limited collection. It’s a fun feature.

If you have a computer or device that’s compatible I recommend trying it. Your musical horizons will be expanded. For free.