I went over to the Ekoin to pick up Monta’s urn just before. It’s located in Ryogoku, which is also the home to the main sumo stadium, and the Edo Museum, and is just 4 stops from Shinkoiwa, where I live.

Note: There is a YouTube video at the end. There is a bug in my post emailer, and depending on the email client you are using you will either not see the video, or the post might get cut off and you won’t see most of it. If so, please click the blog title and read it online. Thanks!

I’m feeling a bit nervous this morning to tell the truth. Pao is super cute and sweet, but he is also super needy.

He has the puppy toilet almost down pat. He gets all his poops in there, and about 80% of his pees. I’m not sure how to make that 100%, I’m hoping it’s just a matter of time. That doesn’t bother me so much. After all, he’s only 41 days old.

But sometimes he gets a bit hysterical with his squealing, and I try to figure out what he wants. Is he hungry? Does he need to go to the bathroom? Usually it’s just that he’s lonely and wants to play.

He gets really hyper while jumping around and playing and I play tug rope with him, and roll a ball around that he chases, and pet him and all sorts of stuff. After a while he’ll run out of energy and hop into his bed and take a nap. That’s all fine and fun.

I’m a bit worried about tomorrow though. I have to go out for about six hours and it will be the first time he will be left all by himself for that long.

It’s strange, but I don’t remember having the same problem with Tao, 27 years ago. For one thing, Tao never cried. Even the first day. And I didn’t work from home then, so I was out most of the day, and when I got home Tao was just fine. But Pao squeals all the time when he wants something. Get me more food! Play with me!

I think we are bonding, but not fully bonded. He is staring more into my eyes, which is a good sign. I think that’s what creates bonding. And if he’s acting squirmy, and if I start singing the Beatles song “Yesterday” he stops dead in his tracks and stares at me. So that’s good also I think. Not many living creatures can tolerate my singing.

He was a very good boy.

I’m just back from the Eko-in where I picked up Mon’s urn. So she is home again, resting next to Hao and Tao. 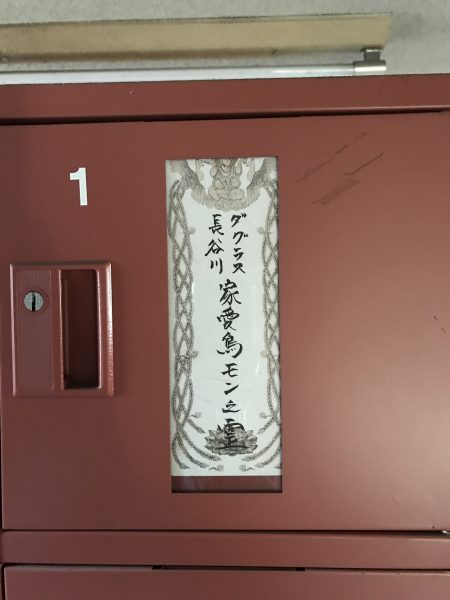 The locker where Mon’s urn was kept, waiting to be picked up. Some people leave their pets there indefinitely. 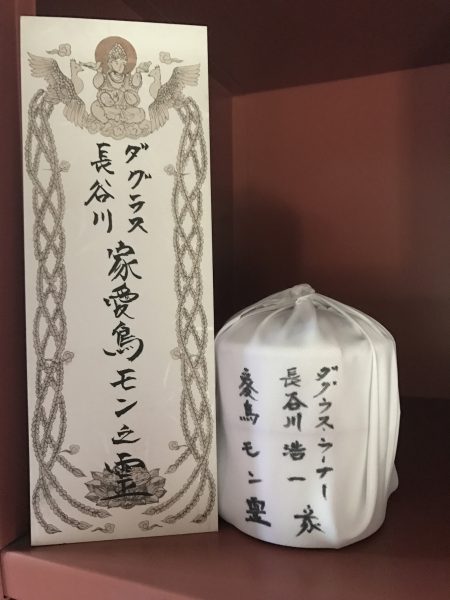 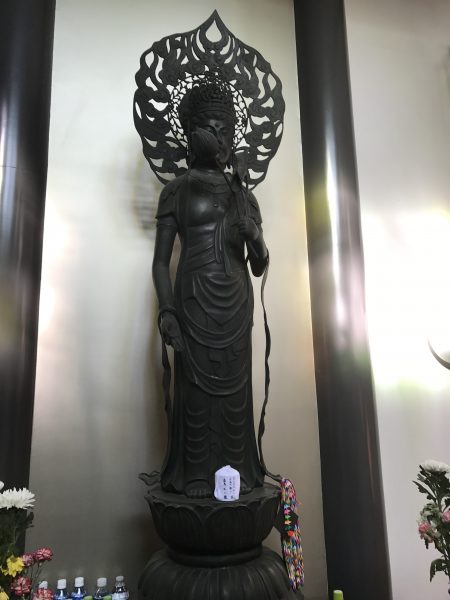 At the exit of the house containing all the urns. 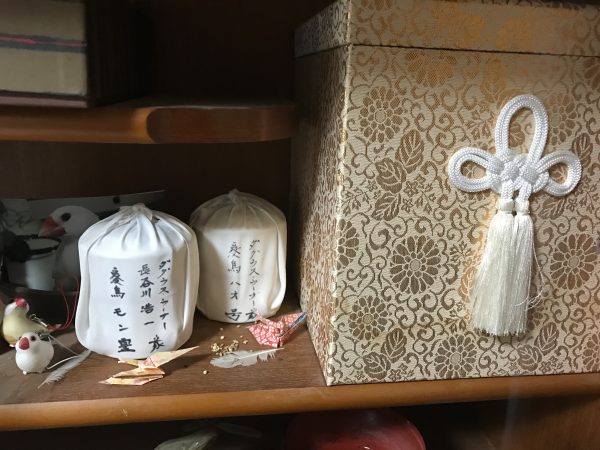 Back at home. From left to right is Mon, Hao and in the large box is Tao’s urn.