East Japan Railway Co. says it will reduce services in Tokyo and surrounding areas for around three months starting June 24 to cut electricity consumption in the face of summer power shortages.

JR East said services on selected lines will fall to as low as 60 percent of normal capacity, mostly between noon and 3 p.m. on weekdays, leading to a reduction of 200 runs per day.

It will continue other power-saving measures implemented since the March 11 earthquake and tsunami hit Tokyo Electric Power Co.’s supply capacity, such as reduced lighting and higher temperature settings in stations and trains.

While the service reduction will affect lines operating with electricity from JR East’s own power generation facilities, such as the Yamanote Line in central Tokyo, surplus power will be supplied to the grid through Tepco.

Meanwhile, Tokyo Metro Co. will stop air conditioning in subway stations during certain times of the day starting in July as part of its power-saving measures.

Was hoping to find some eggs. Will have to just try earlier tomorrow! 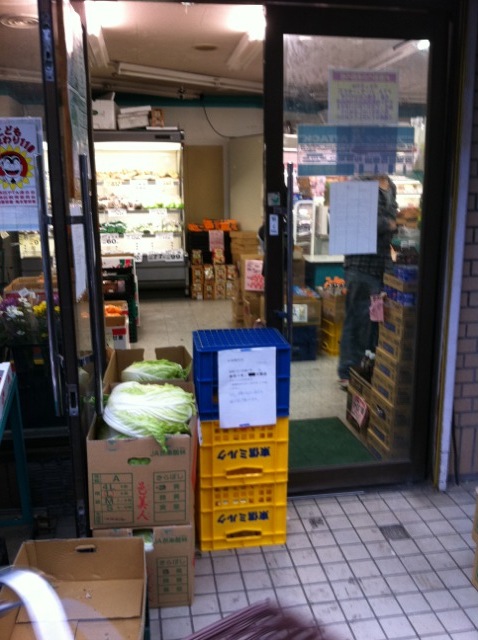 Also because of power shortage. Got in 5 minutes in time. Almost nothing on shelves. Not even sure what I grabbed and bought! 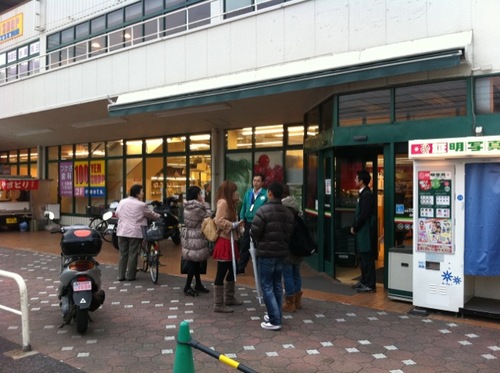 The sign says because of the power shortage. Going to find another store. 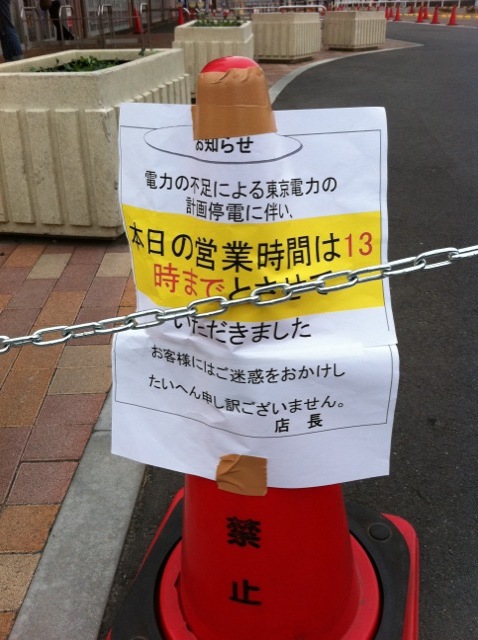