It’s a bit of an antique feeling, but this special edition of the newspaper was just delivered to my door. The top headline says that several tens of thousands of people’s safety still cannot be confirmed. The large headline on the right says the earthquake was actually magnitude 9.0. The center headline says that the #3 nuclear reactor’s pumping system has also failed. doug 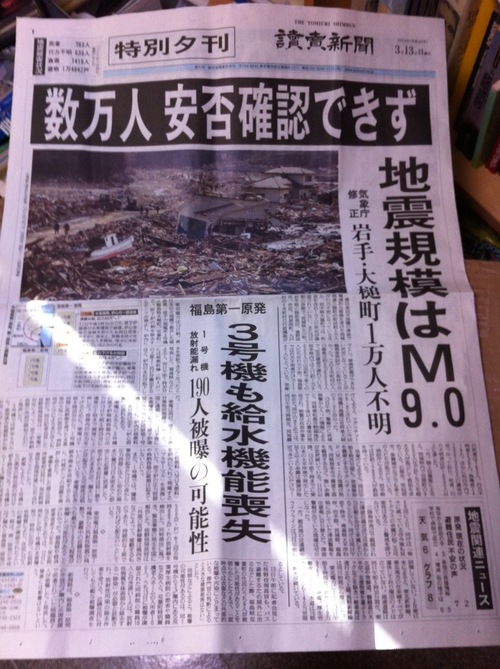