Mon finally realized she could go into the other nest and lay an egg. They are all unfertilized anyway, so it doesn’t matter.

And as much as Monta would like to be in two places at once, he realizes he can’t, so it’s a standoff.

They both have their own separate bedrooms now, both with eggs to sit on, and both seem to be ok with it. 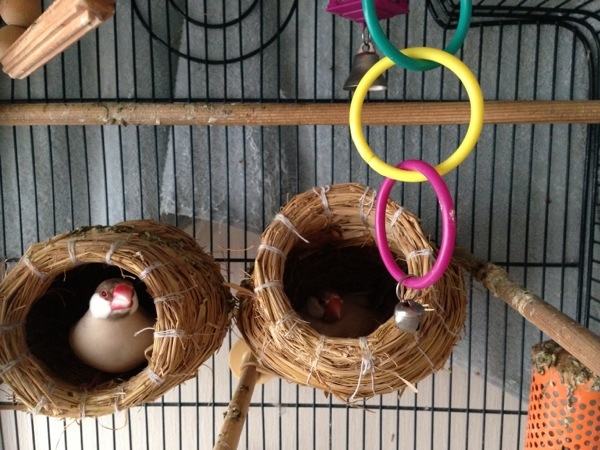