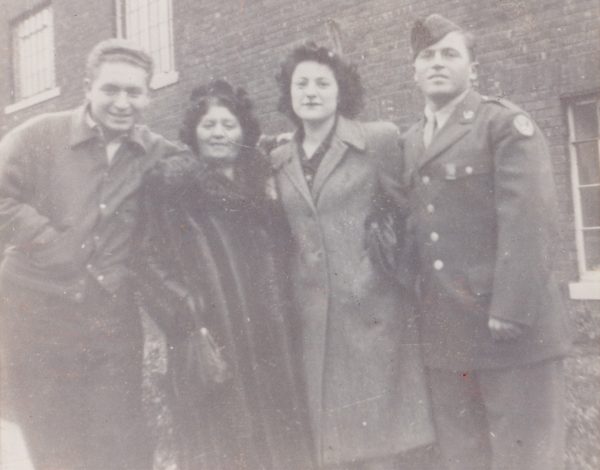 I just found out that my Aunt Bea, second from the right, passed away last August. Aunt Bea was my father’s older brother’s wife.

I would talk to Aunt Bea from time to time on the phone in recent years, and she sounded OK last time I spoke with her. I knew she had a heart procedure last spring, and I’m sorry that my cousin never told me that she passed away, until yesterday when I invited them to my mother’s 92nd birthday party in April. So I’m feeling a bit shocked and saddened by the news.

Aunt Bea was always a very strong type of person. She worked for the Department of Education in New York. While we didn’t get together often, I have some nice memories of the times we did spend together. I remember when I was a child she, and my uncle, took my sister and me to a Broadway show and to the Automat. Remember those?

And in later years, Aunt Bea and Uncle Murray would visit my mother and father in Missouri and they would go places together.

My cousin on that side of the family and I have never been particularly close. We never had a falling out, it’s just that he was already like 9 years old when my parents got married, so we just had an age difference and never played together or anything like that when we were kids.

In the photograph, from left to right, is my father, my father’s mother Rose, Aunt Bea, and Uncle Murray. My guess is that this photo was taken in the 1940s.