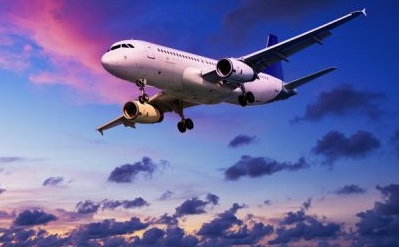 I haven’t been back to the U.S. in over three years. I was scheduled to to go in September, and even posted the other day about finally going ahead with it.

But my sister seemed uneasy about the plans, and after discussing it with her and my friend, Sue, in St. Louis, who I also want to see, it seemed best to postpone yet again. This is my 10th postponement.

The reasons are all practical covid-related issues, and include Japan re-entry restrictions:

Anyway, it just seemed better, in the end, to wait until after the fall, and after the crowded holiday season, see what’s happening, and go in the spring. Maybe we can take part in more interesting activities during my trip if I wait. I’d love to also take a day trip to New York and visit friends there. That almost certainly would not be ok in September. And my planned side-trip to St. Louis should be safer in the spring.

American Airlines was again extremely helpful and friendly about it. I called their number and got a call back within 20 minutes (back in February I had to wait two hours), and the agent was super cooperative. With no penalties they credited back my miles and booked new reservations for next April. I even got the same non-stop JAL flights between Narita and Boston both ways. Same seat class. And they even made seat reservations for me. This will be my first time to travel non-stop to Boston from Narita. It should be a huge time saver.

Here’s a hint when calling American Airlines for help with your international flight: (1) Call the U.S. number not the Japan number at 1-800-882-8880 and (2) instead of waiting on the phone use the call back option. It’s super quick. I called again to ask a question and the 2nd time I got the call back even before hanging up!

Anyway, hoping things are easier and safer by April.

After changing my reservations, I realized that my passport expires in the middle of the new trip next April! I can’t believe it’s been almost 10 years!

Renewal can be done my postal mail, and I went ahead and sent it in to the U.S. Embassy in Tokyo on Thursday. It was surprisingly easy. You fill out the renewal application online and print it off.

I got the needed photo (no glasses, white background) at one of those photo booths by the supermarket.

And this is the new one. Somebody said I looked glum. But I think we’re not supposed to smile for these photos.

You can now pay the passport fee online instead of getting a postal check like you had to do 10 years ago. That was a huge time saver, because it meant I could use my local post office, just 2 blocks away, instead of going to a bigger post office to get a paper check. You can even pay with your Amazon account!

So now I’m just waiting for my new passport to get sent back.