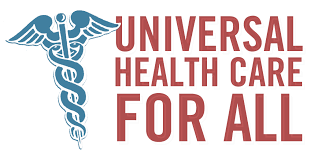 Maybe the U.S. does need Medicare for all. This is insane. But an affordable public option that is income based would also work, wouldn’t it? I’m hoping Warren and Biden can work things out and even become a team!

“Gail Dudley, 31, who was sitting with her mother in the third row. She had gone to the emergency room at Poplar Bluff Regional in 2017 after passing out because of complications from Type 1 diabetes. The hospital had given her medication to stabilize her blood sugar, kept her overnight for observation, and then sent her home with a bill for $8,342, of which she was still responsible for about $3,000 after insurance. She’d tried to appease the hospital’s billing department by sending in an occasional check for $50, but with accumulating interest and penalty fees, the balance on her account had remained essentially the same for two years.”