Pokemon Go was finally released in Japan. I am not a game person. I don’t do computer games. But I was curious because of all the talk, and the “augmented reality” part of it sounded interesting. And the idea of a game that forces you to actually go outside and move about rather than sit at home can’t be all bad, can it?

So after they switched on Pokemon Go here in Japan I decided to take it out for a spin in my neighborhood.

First, I don’t recommend doing this while riding a bike. Not because it’s dangerous. But because the Pokemon are everywhere – like every 30 meters in every direction – so your smart phone is going to constantly be beeping at you to let you know you are near Pokemon or Pokestops (where you can get free supplies) or Gyms, etc. It’s just too annoying. You’ll never get any bike riding done at all. So about 1/8th of the way through my bike ride I ended up turning it off. Pokemon Go is more for walking than for riding about.

The augmented characters are cute, and it’s sort of fun catching them. And the camera feature lets you take photos of them where you find them in your surrounding environment. That didn’t surprise me so much, but it’s well done. I wonder how they decide to place them? Do they just add them as people are walking about? I’m not sure.

What really surprised me though were the so-called Pokestops – landmarks where you can give the icon a spin and pick up free supplies, like Pokeballs, used to catch more Pokemon. The landmarks are real – small shrines in the neighborhood, paintings on the walls of schools – things like that. That surprised me. How on earth did they collect so much data about the nooks and crannies of every small neighborhood in Tokyo? Nobody knows about the little shrine by the bus stop near my house. It’s barely larger than a vending machine. How did they know it was there, and what its name is and have a picture of it to turn it into a Pokestop? I thought that was interesting.

Will I play it again? Probably not regularly, but maybe I’ll turn it on out of curiosity in some locations. I’ll never pay money and shop in their store though. I’m sure that whatever I find at Pokestops for free are enough. 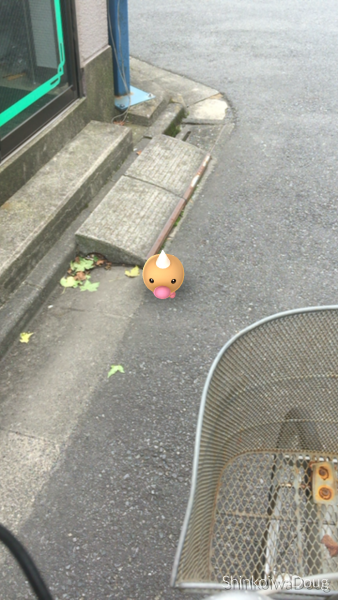 A Weedle on the road headed towards the Nakagawa. How do I know? I caught it and it’s in my Pokedex! 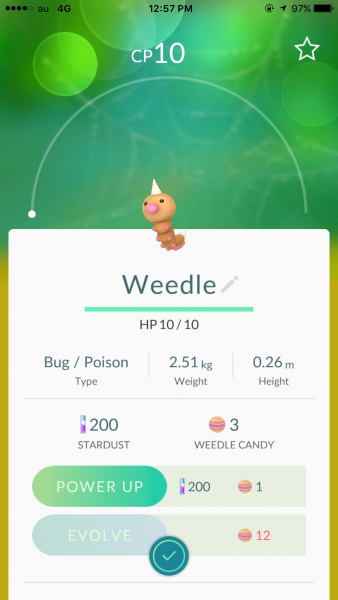 Info about the Weedle I caught. 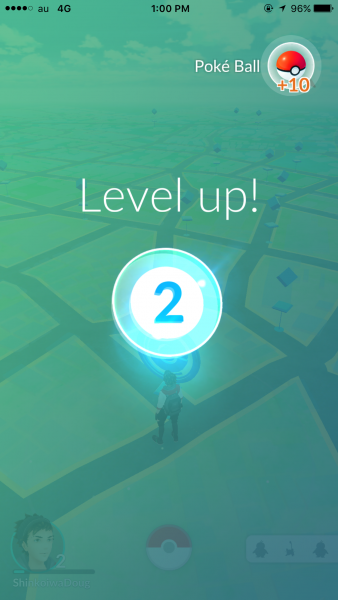 As you catch more Pokemon your level goes up. 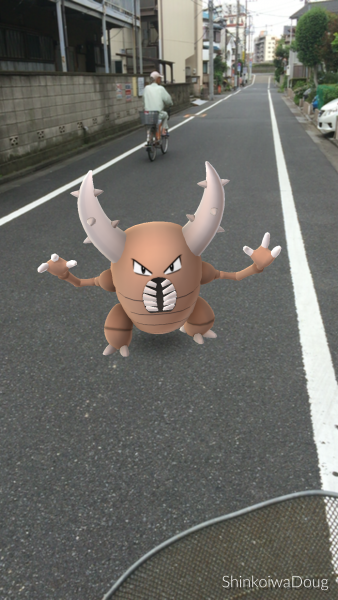 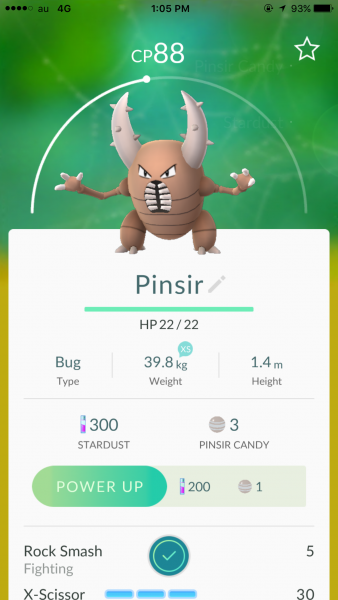 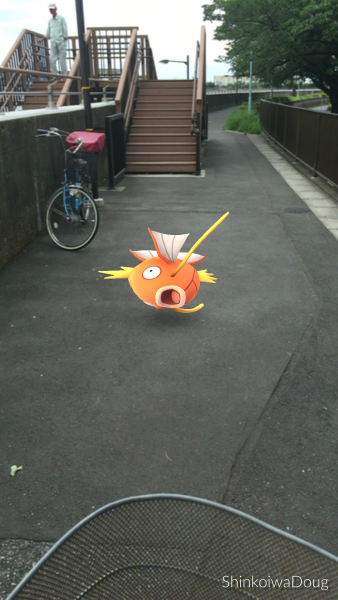 There a dozens of these stupid MagiKarp all along the riverside. 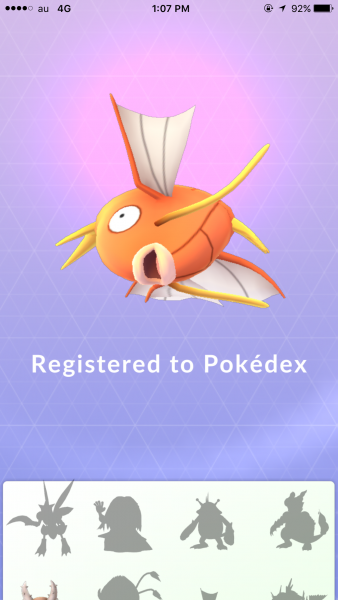 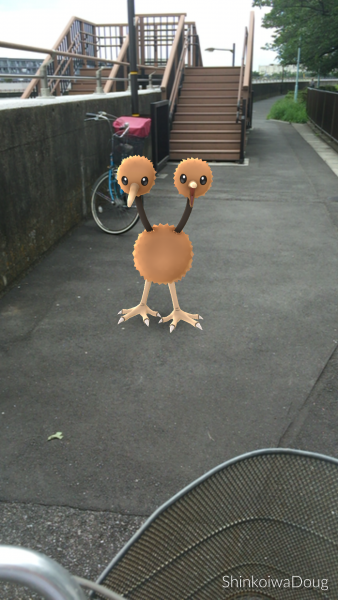 A Doduo along the Nakagawa bike path. It was hard to catch. Also consider how well this is implemented. It’s actually standing there on the ground. 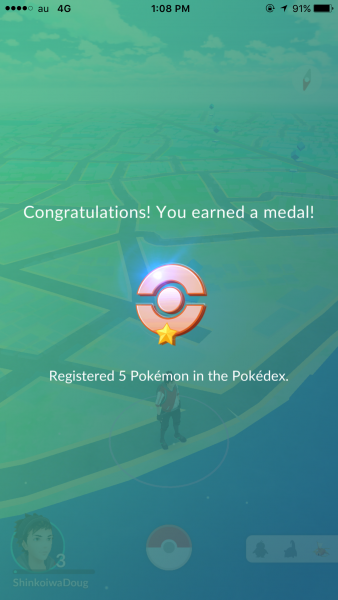 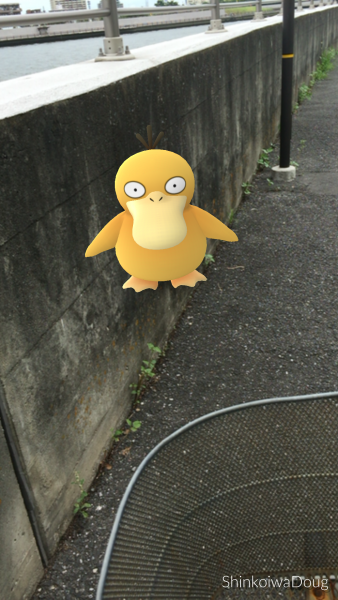 A Psyduck on my route. 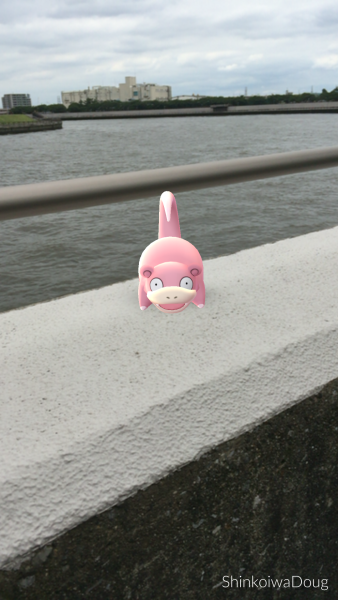 A slowpoke was hanging out on the wall along where I was riding. 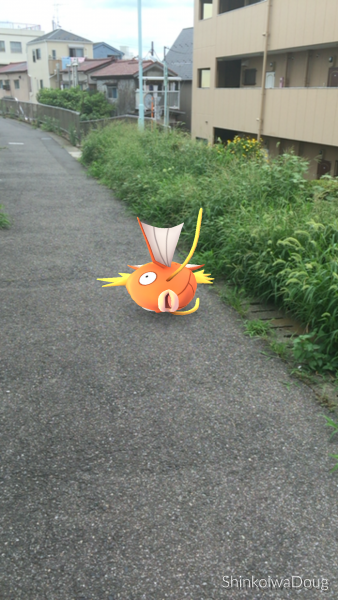 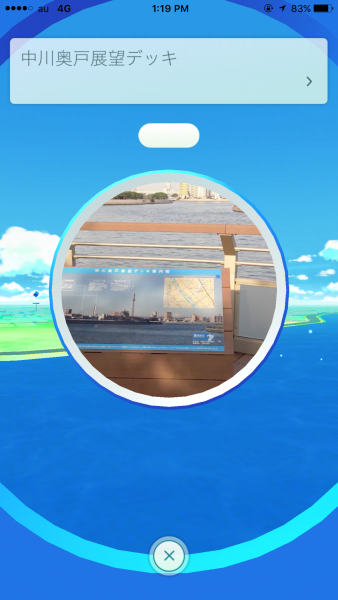 A Pokestop at the riverside observation deck. 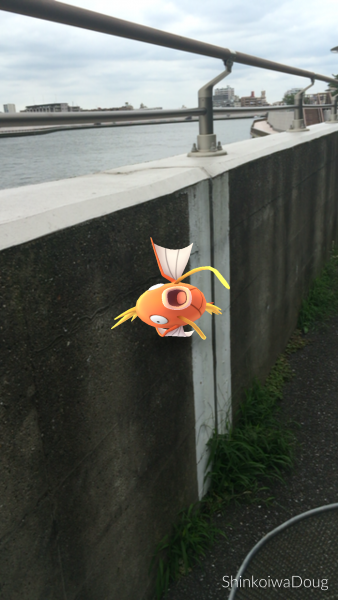 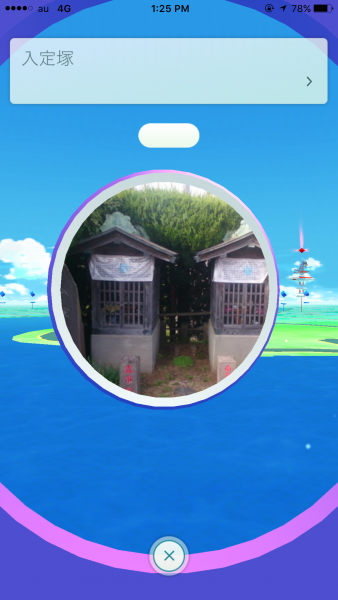 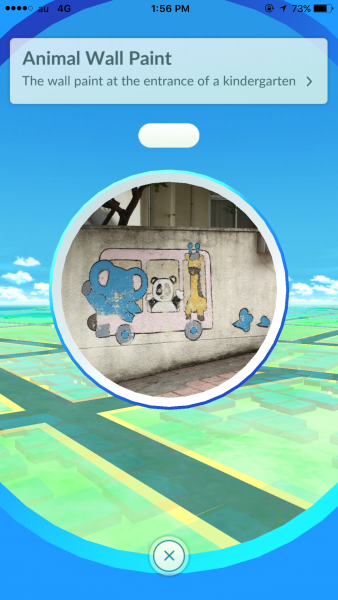 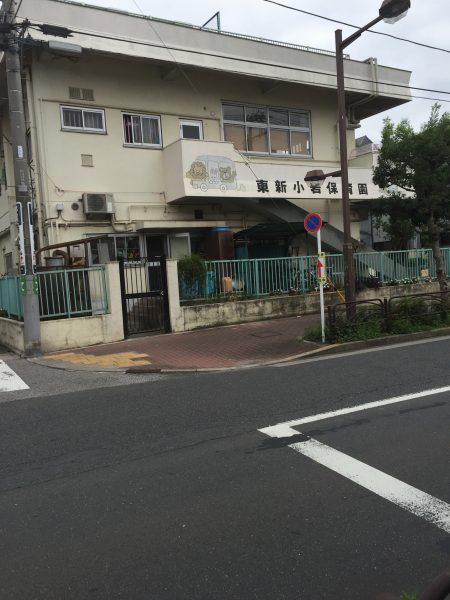 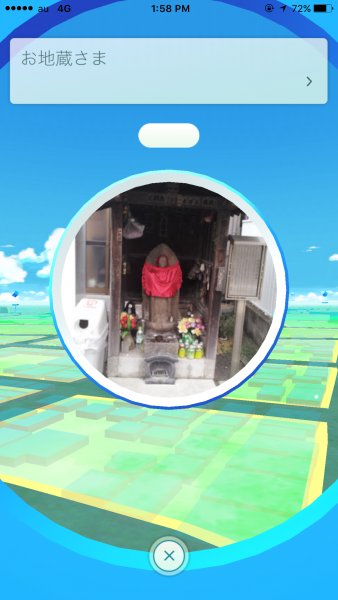 And finally another Pokestop at a tiny shrine by the bus stop near my house. The next photo shows the actual shrine.