The locksmith arrived and rescued me. He got the door open and said, “hajimemasite” (nice to meet you). 🙂

Here’s a picture of the same kind of door latch on my office room door in the “at rest” position and how it is supposed to release when the handle is pressed. 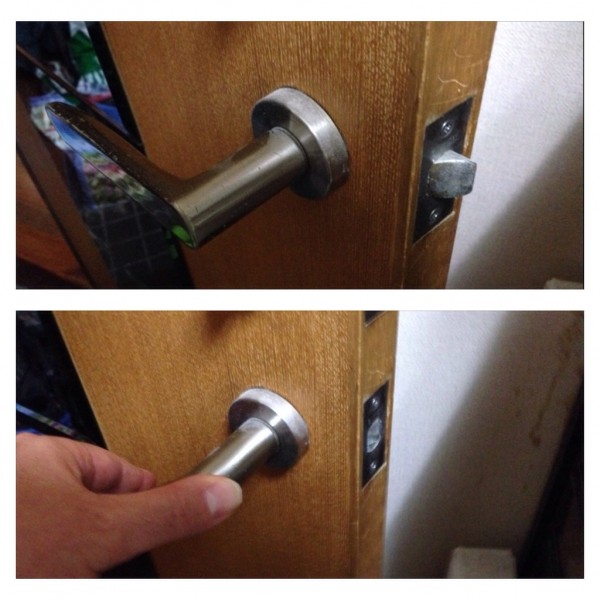 It wasn’t releasing when the handle was pressed, so it acted like a separate latch.

All the doors inside my house have latches like that, whether they lock or not, so you can shut the door securely. In this case it just happened to break, and so acted like another lock.

The charge was ¥16,200 yen. But I intend to give the receipt to the landlord for reimbursement.

What is the lesson to be learned here? Not sure. Always have your cell phone with you?