Hao-chan passed away at the early age of 5 and 1/2 years in the early afternoon -coincidentally on the same date my father passed away three years ago.

It was obvious this morning that Hao was in an irrecoverable decline, and I made the decision to stay with him in peaceful, comfortable, familiar surroundings until the end.

Most of the day he was either sleeping in the palm of my hand, or sometimes resting on my body, like in this photo. 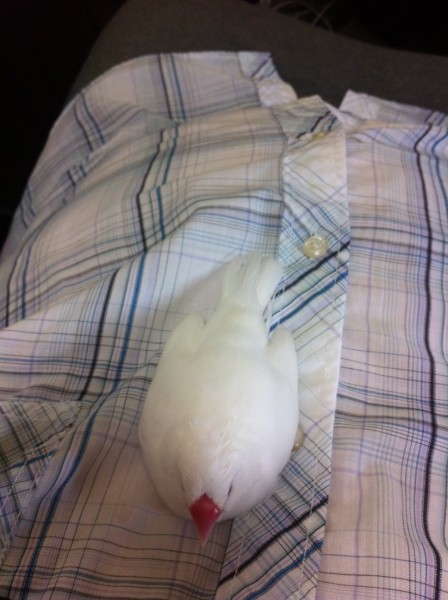 Recently, in a 1903 travel guide to Japan I read about a temple called the Ekoin (http://www.ekoin.or.jp/history_e.html) which is in Ryogoku and happens to be near where I live. The temple was well known as a resting place for pets back then, and still is today, 109 years later.

At the Ekoin we held a short service for Hao and other pets brought in today. I left Hao in the mortuary, where he will be cremated, and I’ll pick up his urn on Wednesday. This is a photo of Hao before the service. I normally wouldn’t take a photo like this, but I think Hao’s many friends want to see him at peace. 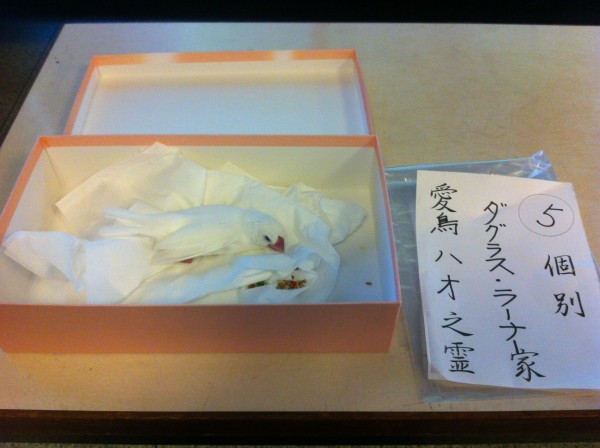 I find it hard to believe that more than 5 years have passed since Hao first came home with me. It’s like he was here one day and gone the next.

And now I’ll light a candle for the memory of the 3rd anniversary of my father’s passing.